From 2008, host cities manage together "Olympic" and "Paralympics" Games. In Paralympics Games; athletes with physical disability (bodily disability) participate. From 8th century BC to 5th century AD Olympics Games were held in "Olympia", which is located in Greece. Afterwards in 1894, a man who named "Baron Pierre de Coubertin" founded IOC means (International Olympic Committee).
In 1916, 1940 and 1944, Olympic Games were cancelled due to "World Wars". In both Summer and Winter Olympics over 1300 athletes compete in different 33 sports with nearly 400 events. After carrying out every event of Olympic Games, three finishers who are at First, Second and Third positions obtain the "Olympic medals". First place gets Gold, Second gets Silver also third one gets Bronze. In which country the Olympic Games are held? Which city is host? This country with host city has got great chance to showcase themselves in front of whole world.

Ancient Olympics:
These Olympics was a series of competitions held between representatives of several city states and Kingdoms from ancient Greece which featured mainly athletic bet also combat and chariot racing event.

Symbol of Olympic:
Everyone is well known of "Olympic Rings", it is Olympic Symbol. It consist of five intertwined rings but reason behind it is convey of message unity of five peopled continents as well as colors are chosen in manner which is come at least one of the national flag of country.

These are Latin words actually meaning is Faster, Higher, Stronger.
The "Olympic Mascots" or animal or human figure represents the cultural heritage of host nation. First time introduced in 1968. "Fuwas" Mascots were present in most recent Beijing Summer Olympics 2008. They were representing the five "fengshui elements" which is important in Chinese Culture 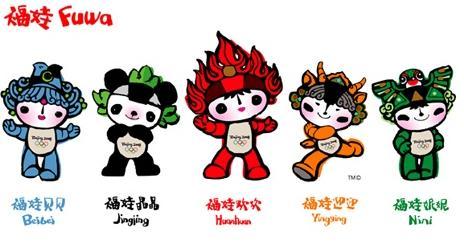 *First Indian on an Olympics jury*

Aspy D. Adajania was on the jury of the Olympic Games in boxing as a member of the Executive Committee of the Los Angeles Olympics in 1984.