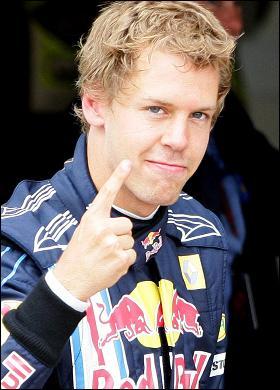 Most championship points earned in a season: 2011 with 374 points

congratulations Sebastian Vettel !that was a great win. In this world every thing first will always be treasured .Vettel may not be anywhere close to matching Michael Schumacher's record as of now, but he is the winner of India's first grand Prix F1 race ,that is what every f1 lover in India will remember him for.Come next year winners will come and winners will go but Vettel's name is etched on top.chandok and karthikeyan are you listening ? I am sure your day will come.