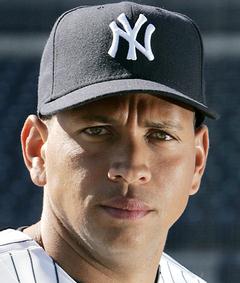 Alex Rodriguez started his career in the year 1994 where he played for Seattle Mariners. From 2001 to 2003 he played for Texas Rangers and from 2004 onwards he is playing for New york Yankees which is his current team. In 2003 Rodriguez become most valuable player in American league. Rodriguez is the 7th baseball player to hit 600 home runs in a career and youngest player to hit 600 home runs. In 2002 Rodriguez married Cynthia Scurtis and have two children named Natasha Alexander and Ella Alexander.