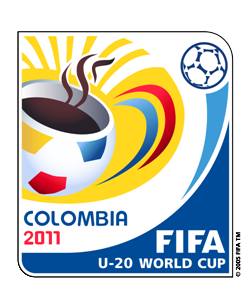 This year's under 20 FIFA World Cup 2011 format was that each of the top two teams got the privilege of getting a direct ticket to the Round of 16. While among the third placed teams from each group, the best four of the six third placed teams got to compete in the round of 16 which followed the traditional knock-out system. The later rounds included following the round of 16 were the quarterfinals, the semi finals and the finals.

In the round of 16 of under 20 FIFA World Cup 2011 among the teams, Brazil won against Saudi Arabia with a 3-0 while Spain beat South Korea 7-6 in penalties following a 0-0 draw, Mexico beat Cameron in a 3-0 penalty shootout after 1-1 draw, Columbia beat Costa Rica 3-2, France beat Ecuador 1-0, Nigeria beat England 1-0, Portugal beat Guatemala 1-0 and Argentina beat Egypt 2-1.

The under 20 FIFA World Cup 2011 semi finals, the first took place in Pereira, where Brazil prevailed over Mexico in a comfortable 2-0 win. While in the second semi final which took place in Medellin, Portugal defeated France 2-0. The match for the third place took place in Bogota where Mexico again beat France 3-1 to claim the Bronze. 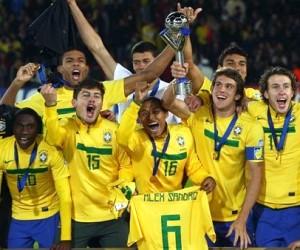 The final of the under 20 FIFA World Cup 2011 took place in Bogota in 20th August 2011 which showcased an intense struggle by both the teams which carried into an exciting extra time in which Brazil made its place as champions with a 3-2 win over Portugal. For Brazil Oscar claimed all the 3 goals while the 2 goals for Portugal came from Alex and Oliveira.