Car racing is also called as Auto racing or Automobile racing. There are different types of car racing Championship. Car racing is also an important sports event in which most of the people watch this in television. The first car racing was held in April 28 1887 and the winner is Georges Bouton. In United states First car racing event started on 28th November 1895 at Chicago. FIA is the organization controlling all events of Automobile racing. More details about different types of Car racing are given below. 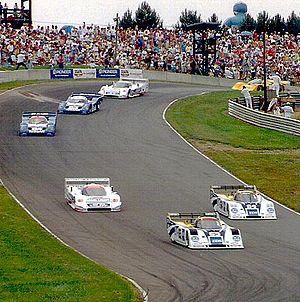 Stock car racing is one of the famous and most popular Car racing championship. Oval tracks are used for Stock car racing. Stock car racing is mainly governed and controlled by National Association for Stock Car Auto Racing (NASCAR). Other Controlling departments of Stock car racing are Automobile Racing Club of America and United Speed Alliance Racing. Major NASCAR Car racing events include Daytona 500, Southern 500, the Coca Cola 600, and Brickyard 400. Other events of NASCAR includes NASCAR Canadian Tire Series in Canada and NASCAR Corona Series which is raced in Mexico.

Kart racing is well known as a video game in many consoles and pc. Kart racing is one of the best and famous International racing event with some great professional drivers and best circuits. Many motorcycle and car racing professionals like Michael Schumacher and Fernando Alonso are also a part of Kart racing. Kart racing has got special honor and consideration in all over the world.