Lee Yong-dae, born on the 11th of September, 1988 is a professional male badminton player from South Korea. Lee Yong-dae currently ranking 3 in MD and 37 in XD is one of the best players of Badminton. Lee Yong-dae highest ranking has been Number 1 in both the categories. His current partners are Jung Jae sung in men's doubles and Lee Hyo- jung in mixed doubles (as of 2007).

Profile and Biography of Lee Yong-dae 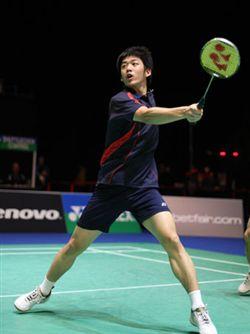 Lee started playing badminton at aver young age of 8 years in his local elementary school. He joined the national badminton team at the age of only 15 in the year 2003. Struggling to find the proper partner Lee could not win any such competition till the year 2005. In 2005, he along with Ha Jung-eun won the Asian Junior Badminton Championships.

In 2006 July Lee won three Gold Medals at the Asian Junior Championships in Malaysia. In November that year itself she made another hat trick by winning three gold back to back in the BWF World Junior Championships where he also lead Team Korea to their first world junior championship. With Hwang Yu-mi, he won the Thailand Open mixed doubles tournament.

At the Swiss Open in 2007, Lee took another title winning the final in three games. At the 2007 BWF World Championships Lee along with his partner won the silver medal. In 2008 Lee along with his partner Jung won the All England Open of 2008. A week later, Lee again became victorious with Jung in the Swiss Open. At Badminton Asia Championship Lee and Jung again became winners beating Indonesia in the finals.

In the Olympics 2008, Lee won the gold medal in mixed doubles along with Jung but they could not win anything else.

In 2009 continues success followed this pair of Lee and Jung. They won the Malaysia Super Series and Korea Super Series. Because of Jung joining the military service for some monthes, Lee paired with Shin Baek-cheol and won the Germany Open title. This year with all these titles he soared to a high ranking of number 1 for the first time in his career.

2011 did not start off well for Lee. They stopped at being only the finalist in the Supwr Series Finals in Taiwan. Their disappointment disappeared with their win in the Korea Open Super Series Premier. With Ha Jung-eun, Lee after that won the US Open Grand Prix Gold winning over the fifth seed.