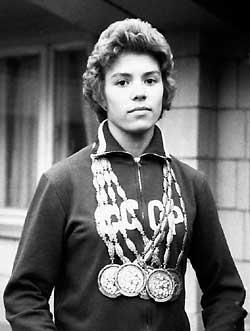 Record for Most individual medals in Olympics are also in the name of Larisa Latynina. Larisa Latynina was retired from Gymnastics in 1966. After retirement she became Soviet Union gymnastics team coach. Latynina started her career in the year 1954 by winning a Gold medal in 1954 Rome World Championships.

In Summer olympics held in the year 1956, Latynina grabbed gold medal in floor and vault event and silver medal in uneven bars. She continued her success career in 1960 summer Olympics held in Rome where Latynina played an important role in All around event which helped Soviet union to reach first four places.