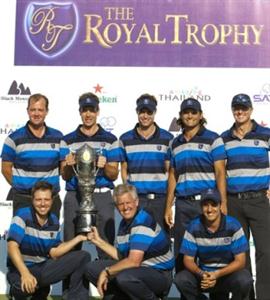 History and Winners of the Royal Trophy

Royal Trophy was first played in 2006 in which Europe team won against Asia by a score of 9-7. Europe team has dominated in this tournament winning it four times and losing only once in 2009. Naomichi Ozaki of Japan has captained the Asia team for four times. Top Scottish player Colin Montgomeire has captained Europe for two years in 2010 and 2011. Here is the complete list of results of Royal Trophy.