Marina Erakovic is a professional tennis player from New Zealand. Mainly specialist in doubles events her most of wins came at ITF circuit. In 2008, she also achieved her highest ranking in both doubles and singles. Her career best ranking in singles is No. 49 and in doubles it is No. 43. 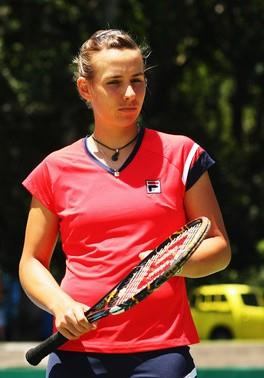 ITF Circuit:
Erakovic started playing professional tennis in 2005. But before that she was the winner of 2004 Junior doubles title. In her initial career she mainly played at ITF circuit. Her first win in any ITF tournament came in 2005 at Warrnambool, Australia where she defeated Daniella Dominkovic by 6-3,4-6,6-4 in the final of the tournament. She won another ITF tournament at Yarrawonga (Australia) after two weeks where her opponent in the final was Emily Hewson. In 2006, she won three more tournaments on ITF circuit. In 2007, she won her first doubles tournament at Padova (Italy) partenering Maret Ani of Estonia. She won two more ITF doubles titles in 2007. She also won two titles in singles events.