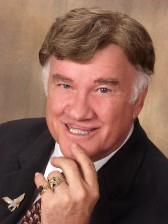 Glenn Turner is a former New Zealand cricketer and one of the top quality batsman from New Zaland. Born on 26 May, 1947 at Otago (New Zealand), this right hand batsman has a very prolific record in first class cricket. He is one of the only four non-english cricketers who has scored more than 100 centuries (century of centuries) in first class cricket. He played 41 Tests for New Zealand and also played same number of ODI matches. He also played in English County cricket for Worcestershire.

Test Debut
Glenn Turner started his International career in 1969 against West Indies at Auckland. He was out in his first innings without scoring any run. But he played a good innings of 40 runs in the second innings of the match. In the second test, he scored his first 50 plus score and contributed well in the third and Final Test of the series.

He scored his first century against Pakistan in 1969-70, but his best time started in 1971-72, when he scored two double centuries on West Indies Tour which also includes a well played innings of 259 runs. He scored a total of seven centuries in Test Cricket. Glenn Turner record may have much better if he had regularly played for his country. He missed out on many tours in his long International career. He was the Wisden Cricketer of the Year in 1971. In 1972 he was the New Zealand Cricket Almanack Player of the Year. Apart from this he also become the Indian Cricket Cricketer of the Year in 1977.