Max Payne 3 is a third person shooter game which wills be released in March 2012. After a long time, the third version of Max Payne is ready to release and is available in all platforms which includes windows, Playstation 3 and xbox 360. Maxpayne 1 is a famous videogame in the older days. Max Payne 3 is the latest version in Max Payne series. Max Payne 3 is released with mind blowing graphics and interesting missions. You can play Max Payne 3 on both single player and multi player mode. 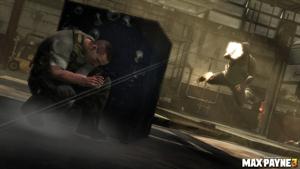 The gameplay of Maxpayne 3 takes place in brazil where the main character payne is working in a private security sector for a wealthy local family. Dan Houser is the writer of Max Payne 3 who is a famous writer in many hit games like Grant theft Auto and red dead redemption. The trailers and videos of Max Payne 3 is already hit and ready for downloads. As per the latest statistics the game will be hit in 2012. More details about Max Payne 3 and its system requirements for playing in PC are given below.

As per the latest news, Max Payne 3 will be released on March 2012. The game is available in windows, xbox 360 and Playstation platforms. Have a quick look at the game details of Max Payne 3 which is given below.