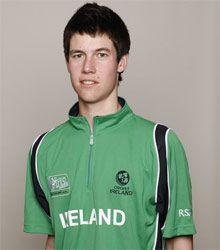 George Dockrell just played 26 ODI matches and showed some brilliant performance in his bowling. He had taken 332 wickets in ODI cricket. George Dockrell was a member of 2010 U-19 Cricket World Cup Qualifier winning squad. George Dockrell got selection for 2010 ICC World Twenty20 and taken 4 wickets against West Indies in a group stage match. Earlier George Dockrell played for Somerset County Cricket Club at the age of 15. More details about the profile and career performance of George Dockrell in International cricket are given below.