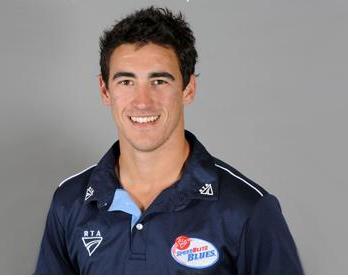 He had showed some excellent bowling performance in first class cricket. He had taken 27 wickets from 11 matches in first class cricket. Mitchell Starc just played 2 one day matches and had taken 4 wickets. In school days, he concentrates more on wicket keeping and later on he focuses on fast bowling. Mitchell Starc is having two brothers named Braith and Michael and two sisters named Amanda and Taylah. More details about the profile and short career performance of Mitchell Starc are given below.