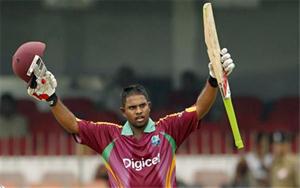 Adrian Barath started his cricket career in first class cricket and he became the youngest player in West Indies to make first class debut for Trinidad and Tobago at the age of 16. After first few matches, Adrian Barath suffered from injuries and missed 2011 world cup. He lost many matches against sri lanka and Pakistan series. Adrian Barath just played 9 test matches and scored 4 half centuries and 1 century. More details about the profile and career performance of Adrian Barath in test, ODI, T20 and IPL cricket are given below.