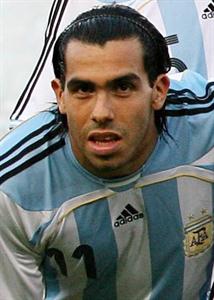 In 2007 he joined Manchester united which was a two year contract. His International career started where he played for Argentina for FIFA U-17 World Championship in 2004 Olympics games. Tevez scored 8 goals in that tournament and also awarded a gold medal for leading run scorer in the tournament. He scored his first world cup goal in 2006 FIFA world cup. In 2010 world cup Tevez scored 2 goals against Mexico in a round match. Carlos Tevez was married to Vanesa and has two daughters named Florencia and Katia. More details about the profile and awards won by Carlos Tevez throughout his football career are given below.