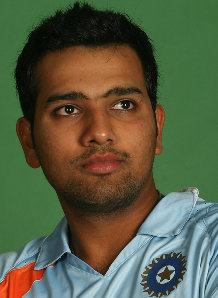 Rohit Sharma showed his brilliance in IPL cricket where he was one of the top scorer in 2008 IPl season with 404 runs. Currently Sharma is a player in Mumbai Indians IPL team. His first class career is also successful. When he was dropped from India team in 2009, he showed a brilliant performance in Ranji trophy where he scored a triple century and come back again to Indian team. Currently Rohit sharma is not playing due to Injuries. More details about the profile and career performance of Rohit sharma is given below.