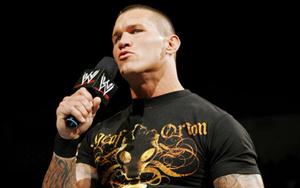 Randy Orton has won World Heavyweight Championship for three times and WWE championship for six times. Randy also won a Royal rumble match in 2009. Randy Orton started his WWE wrestling career in the year 2001. In 2003, Orton was a member of Evolution with Ric flair, Batista and Triple H. Orton was married to Samantha Speno in September 21 2007 and has one daughter named Alanna Marie Orton. Finishing move of Randy Orton was named as RKO. Another move is his Running punt kick to the head of the opponent.