Paul Hanley is an Australian Male Tennis Player who is a specialist in Doubles and has won many ATP Doubles titles in his career. Born on November 12, 1977, Hanley turned professional in 1997. 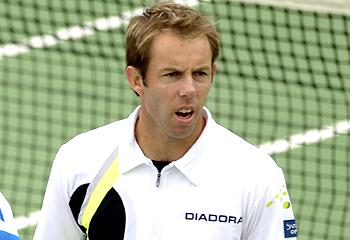 Starting his professional career in 1997, Paul Hanley won his first doubles title by winning the Orange Warsaw Open in 2001. Hanley reached the doubles semi-finals of all the four Grand Slam Tournaments and a total of six times.

He reached his highest doubles ranking on 6th November 2006 of Fifth. He also won the Gold Medal in the Commonwealth Games 2010 held in Delhi in the Men's Doubles and Silver Medal in Mixed Doubles.