The full name of Adam Gilchrist is Adam Craig Gilchrist. Gilchrist is one of the best wicket keepers in the world who is currently retired from International cricket and currently playing for IPL team King X1 Punjab as Captain. Gilchrist hold the record of most dismissals by a wicket keeper in ODI cricket history. Gilchrist is a left handed aggressive batsman and opener of Australian team. 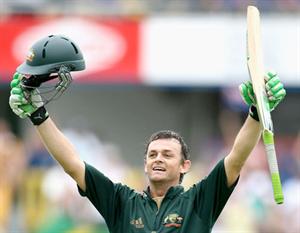