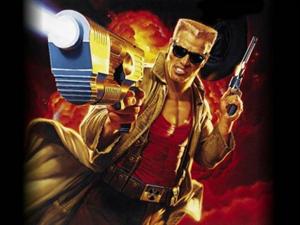 Player can use mighty foot to attack enemies when guns are not available. Duke can kick with his foot towards enemies and objects in the game. Compared to older version of Duke Nukem, a foot kick will not give much damage to the enemies.

When the ammo of your gun is empty you can hit the enemies with buttstrock of a weapon. A hand punch can be used to attack the enemies.

Player can use M1911 Pistol which has got the option for reloading ammos automatically.

Shotgun is a powerful weapon used in Duke Nukem forever which has got high firing capacity compared to pistols. Automatic Reloading is also included for shotguns in the game.

Ripper can be used in tough situations to kill the enemies. Ripper uses lots of ammo in a single shot, so use it carefully.

Shrink ray weapon is used to shrink the enemies and after shrinking, you can make a attack with your mighty foot. You can use Freeze Ray to freeze your enemies for some seconds and make a attack at that time.

Pipe bomb can be thrown against the enemies from a long distance. Pipe bomb is more explosive and can kill multiple enemies in the game. Player can use a remote to control the pipe bomb.

Rocket Propelled Grenade is one of the most power full and best weapon in Duke Nukem forever game. Nukem can use 5 rockets to kill the enemies at a time.

Devastator uses twin rocket launcher which is more explosive than RPG. A single shoot will split multiple small rockets towards the enemies.

Minimum and recommended system requirements for Duke Nukem Forever to play in PC is given below.