The full name of Sourav Ganguly is Sourav Chandidas Ganguly. Ganguly was born in the year 1972 july 8 at Behala, Calcutta, West Bengal, India. Ganguly was the Captain of Indian cricket for a long time and currently Ganguly retired from International cricket and currently ganguly is a cricket commentator in various sports channels. Ganguly was a left handed batsman and a right arm medium pace bowler. Ganguly played his first one day international cricket match against West Indies in the year 1992 January 11. His Test debut was against England in the year 1996 June 20 . 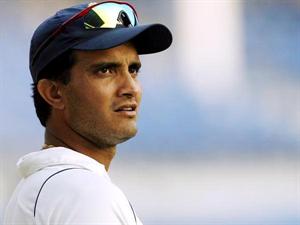 At the age of 15 itself Ganguly showed some brilliance in batting where he scored a century against Orrisa. In his schhol days, Ganguly was the captain of St Xavier's School cricket team. Ganguly's favorite cricketer is David Gower which influenced ganguly in his cricket career. Ganguly was one of the successful test captain for India.