The full name of Dale Steyn is Dale Willem Steyn. Steyn was born in the year 1983 June 27 at Phalaborwa, Transvaal Province, South Africa. Dale Steyn is one of the best fast bowler in all forms of cricket. Steyn is currently the No 1 bowler in ICC world test rankings. Dale Steyn started his International cricket career in test cricket in the year 2004 December 17 against England. His one day debut was against Asia X1 in the year 2005 August 17. Dale Steyn is also playing for Deccan chargers - IPL team. Steyn took his first test wicket of Marcus Trescothick in 2004. 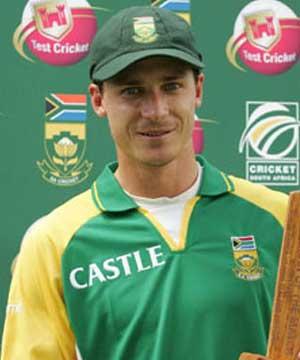