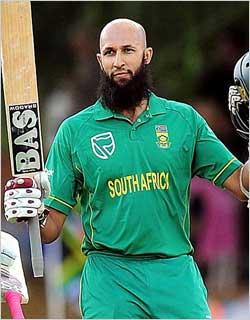 His top performance made him to reach the No 1 ODI position in ICC Cricket rankings.Hashim Amla's elder brother Ahmed is also a best player in First - Class cricket and he was the captain of Dolphins. Hashim Amla scored 12 centuries in Test cricket and 8 centuries in ODI which shows his amazing talent in International Cricket.