Copa America 2011 is 43rd edition of International football tournament for national teams in South America. It is organized by a football governing body which is known with the name of CONMEBOL. The place which is selected for Copa America 2011 global international event is Argentina. The matches are going to be held between 1 to 24 July. Earlier, On 11 November 2010, governing council put a draw at La Plata and selected Argentina for Copa 2011. Defending champion is Brazil and team other Brazil will earn the right to compete for 2013 FIFA considerations cup once we get Copa American 2011 results.

Copa American 2011 already sends invitation to two new countries i.e. Japan and Mexico, Out of which Japan declined its participation in Capa 2011 tournament by explaining its poor circumstances and giving reason that financial status of Japan is not good because they are suffering from nuclear radiation. Moreover, they also request governing council to reschedule the tournament but it is not possible for governing council to take rescheduled it in shorter span of time. As far as the Mexico country is concerned then it accepted invitation of governing council and ready to participate in 43rd edition of Copa American 2011. There are other existing countries in Copa American 2011 which are given below-

It consists of 12 teams which are divided into 3 groups and early stages of tournament will have 18 matches. After that 8 teams will be qualified for Quarter-finals and then four out of eights will be qualified in semi-finals and finally Final will be going to be held on 24th July 2011. Moreover, as far as the venue of Stadium are concerned then football governing council selected eight beautiful stadiums for the event. Each team are coming to south America with its 23 players squad. 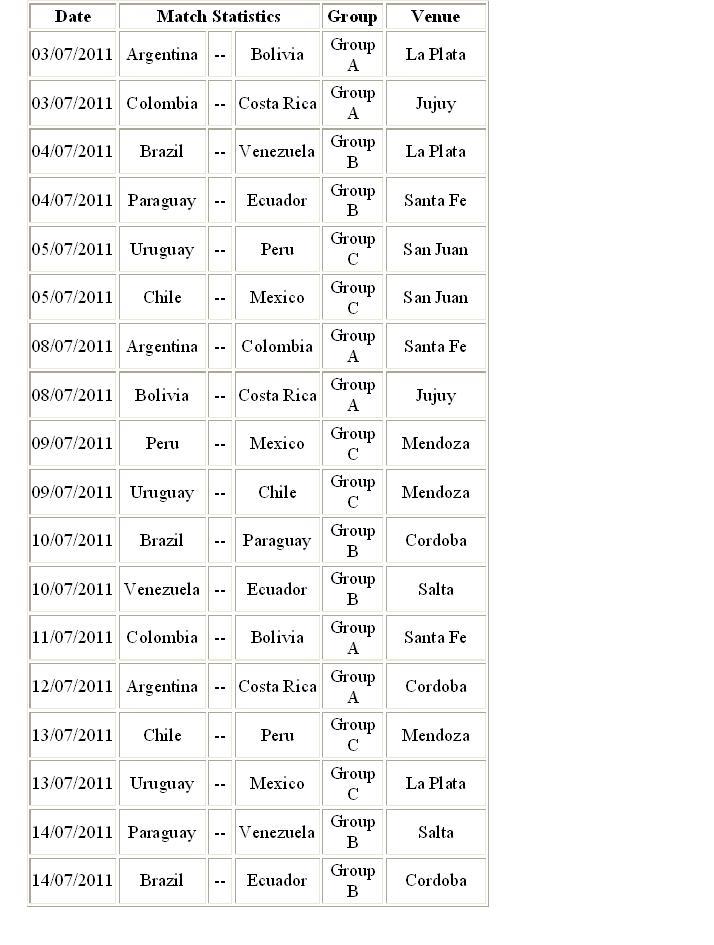