Snehal Pradhan is a cricketer of the India women national cricket team. She has played few women's One Day Internationals and T-20 matches for the India women cricket team. Originally a Pune girl, she has gone through much struggle to reach the Indian national team, in a country where women are still subjugated by the patriarchy. Presently she is an employee of the Western Railway, apart from being a cricketer. Recently she has been suspected for illegal action; now the question is whether this will affect the Snehal Pradhan cricket career or not. While the experts of ICC will be busy finding out whether she was right and wrong by checking out Snehal Pradhan bowling action video from different angles as many times as possible and try to come to a conclusion, let us a look into the biography and profile of Snehal Pradhan. 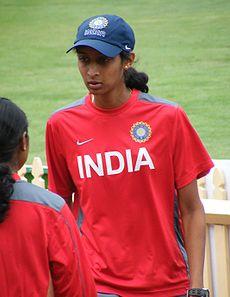